Our second day was just as busy as our first – we had already purchased our tickets for the Art Institute of Chicago so we decided to meet up with one of my friends based in Chicago for a quick breakfast at Sawada Coffee. It’s a pretty rustic and hip spot that serves military lattes (to be honest, the camouflage colors remind me of those caramel apple lollipops) and doughnuts. You can see their full menu here.

After breakfast, my friend dropped us off at the Art Institute where we were able to skip the queue and go straight in since we had previously purchased a combo ticket. I really wanted to visit this particular museum not just for its pretty spiral staircase but its iconic van Gogh (I’ve always wanted to see “The Bedroom”) and Monet paintings. 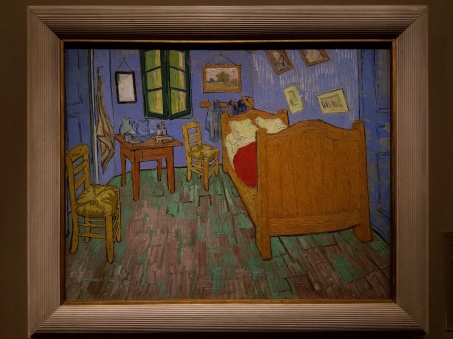 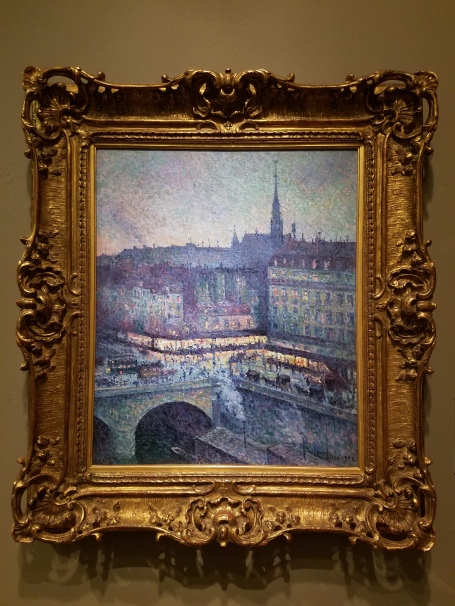 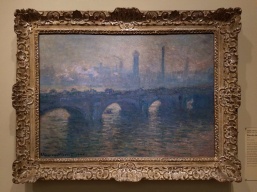 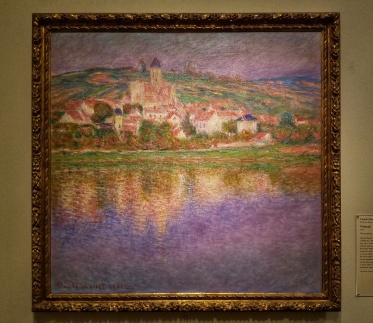 We also saw the famous American Gothic painting, Picasso’s The Old Guitarist, some Seurats, and Andy Warhol works as well! 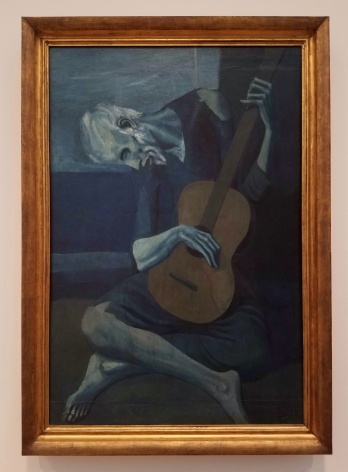 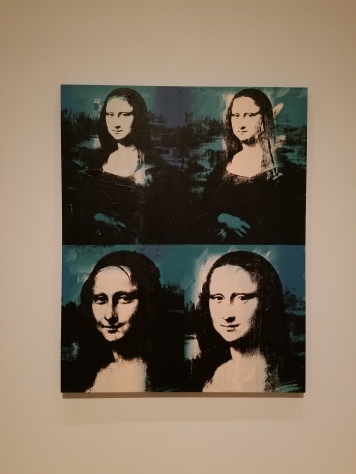 Another highlight of Chicago that is worth exploring is its street art – there are murals everywhere! We decided to walk around before stopping for our ice cream and we found a lot of great ones along the way! I actually edited pizza angel photo to include pizza emojis on my hands because what is a pizza angel without delivering pizza?

It’s definitely worth exploring despite Chicago not being the most walkable city. The downtown area is very touristy so it wasn’t too bad walking around but when we left that city center, there were definitely some areas that were pretty sketchy. It’s a good thing I wasn’t walking alone! We were even walking across train tracks so please exercise some caution! 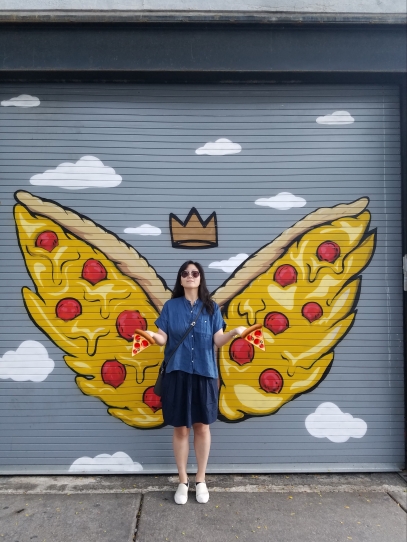 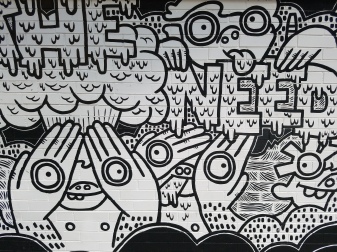 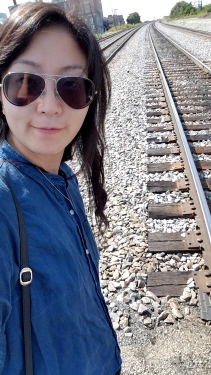 After our ice cream adventure, we decided to take an Uber to Wilmette, Chicago. What’s in Wilmette? The Baháʼí House of Worship! It wasn’t a site that was initially on my list of places to visit but thankfully my friend, who is also an architectural aficionado like me, had suggested we make a short trip there because it really is quite the special place.

Considered a universal religion, Baháʼí is a faith that teaches the essential worth of all religions, and the unity of all people. I had a high school classmate that practiced Baháʼí but that was as far as my exposure got so being able to learn more about it at the temple was a great experience. The reason why the temple is so special is its symmetrical design as well as its representation of the number “nine”. “Nine” symbolizes perfection and completion so many elements of the temple are in groups of nine (eg. nine entrances, nine fountains, nine pillars). It is also not a conventional temple and is instead open to the public and used as a devotional space for people of any faith (hence the universal religion).

Our last stop of the day was the Green Mill Cocktail Lounge. Over 100 years old, it’s known for its live jazz and swing music as well as its ties to Chicago mob history. A cash-only lounge bar, it’s a fun place to just hang out for cheap drinks and listen to live music. We went around 11pm and it really is a packed house so be prepared to share tables with strangers! It was definitely a great way to end our last night in Chicago.