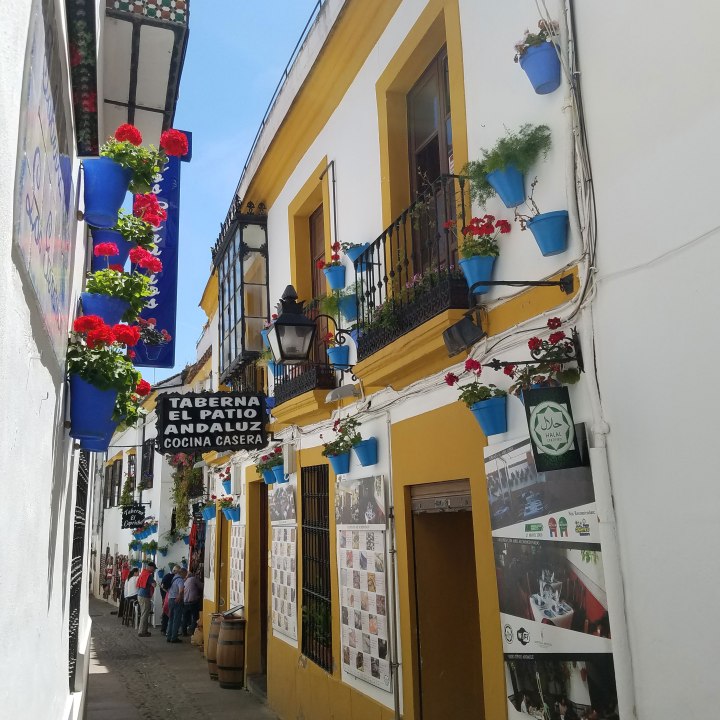 We took the morning train to Córdoba from Sevilla. It was very simple to get to from our Airbnb – just take the Bus 21 from Plaza de Armas back to the train station. We decided to do a day trip to Córdoba to further explore the Iberian Peninsula. Córdoba was known as the center of culture and learning in the Muslim Golden Age. An extra incentive to visit this city was La Fiesta de los Patios (Courtyard Festival). For the first two weeks of May, there is a festival in which residents of Córdoba compete for the most beautiful courtyard. You can visit roughly 50 private courtyards (some classic, others modern) that are brimming with just amazing flowers and plants of a wide array of colors. We just happened to time our trip perfectly to this festival so we wanted to make a trip and experience this event that makes Córdoba stand out. 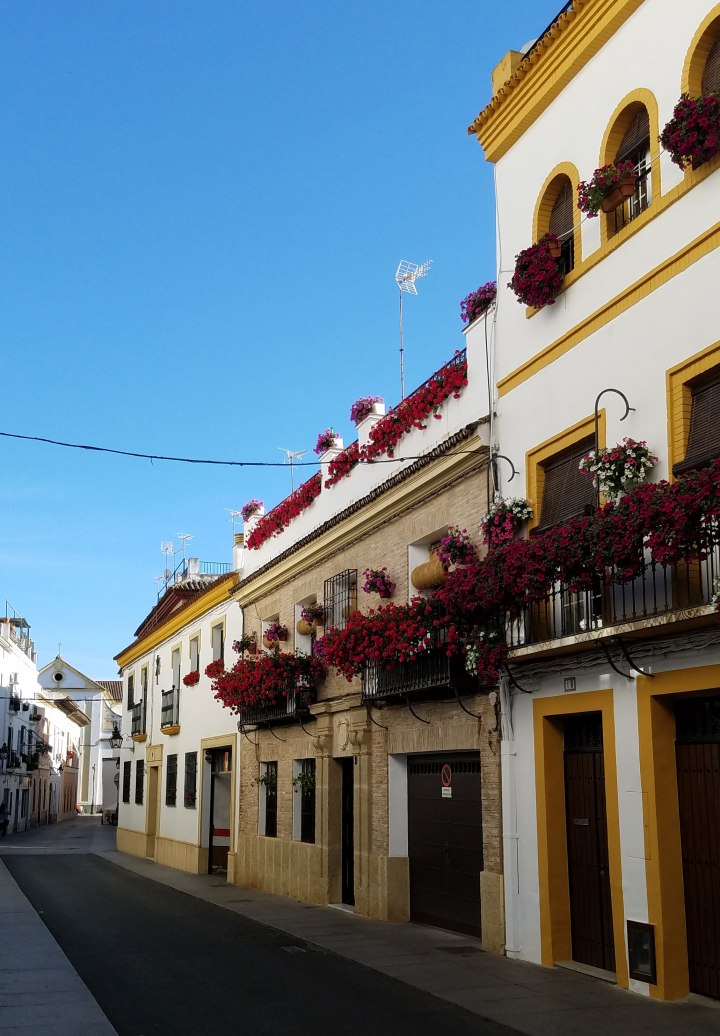 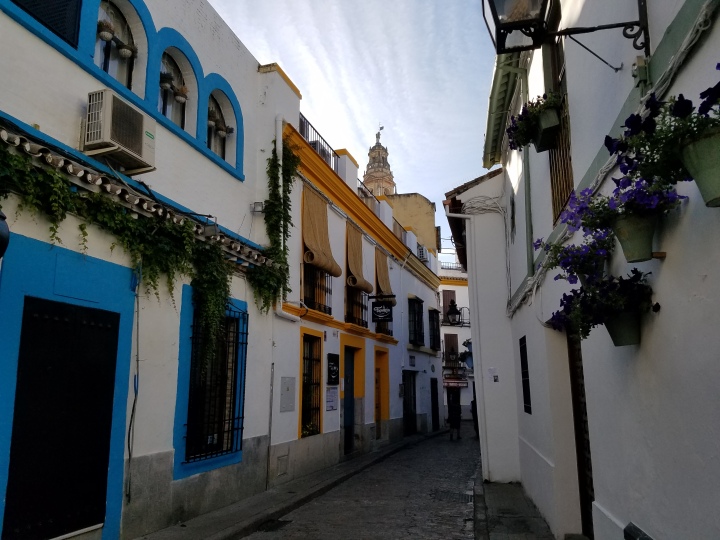 TIP #1:
Mezquita Entrance Fee: €10
Tower Entrance: €2 (entry every half-hour)
Tickets can only be purchased from Ticket Office in Orange Tree Courtyard
Entrance before 09:30 is free

Our first stop in the city, however, was the Mezquita Catedral de Córdoba, the infamous mosque and quite a beauty. Located in the city center, it is a 30-minute walk from the train station or €5 for a taxi.

Considered to be one of the most accomplished monuments of Moorish architecture, it is also one of the oldest structures still standing from the time of Muslim rule in Andalusia since the 8th century. The walls of the mosque also have inscriptions from the Quran written on them. Initially, we arrived early to the mosque so we would be able to secure tickets but entrance before 9:30am is free so we decided to walk around and enjoy it while it was still free. I think in retrospect, I wouldn’t have minded paying for the ticket and staying a bit longer – it’s definitely a lesson learned for next time! 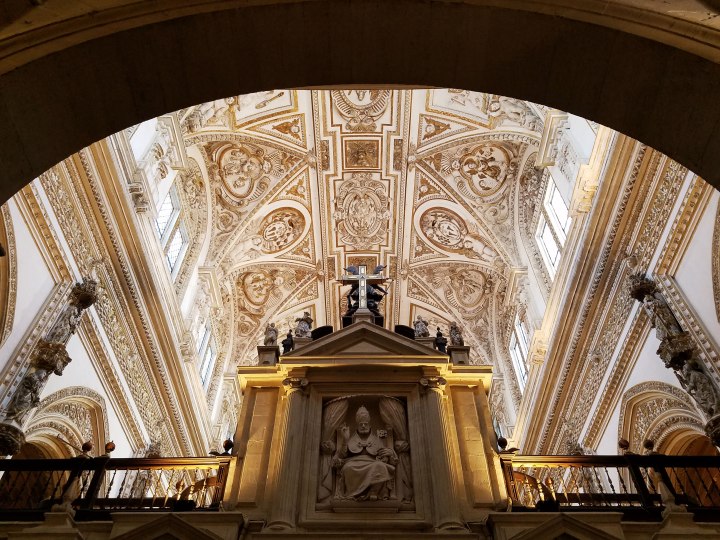 Once we left the mosque, we grabbed a quick breakfast before heading over to Alcázar de los Reyes Cristianos. It started out as a medieval Moorish palace but now operates as a museum with showstopping gardens influenced largely by the Moorish gardens and patios. There is even a tower you can climb up to get a great view of the city! I would highly recommend getting to the Alcázar early because the queue was quite long – it took us almost an hour to get tickets and enter the garden.

On a side note, one thing that really surprised me being in the south of Spain was seeing how revered Christopher Columbus was. Inside the Moorish gardens of the Alcázar was a statue of Christopher Columbus with the infamous Catholic monarchs, Isabella I and Ferdinand II. From what I’ve learned of him in the history books, he’s considered a heinous colonizer who committed mass genocide and founded the transatlantic slave trade. Knowing that and seeing the reverence in Andalucía was honestly quite difficult for me to reconcile. 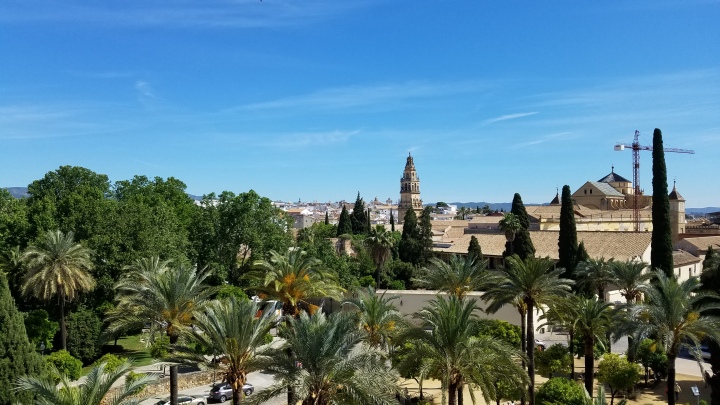 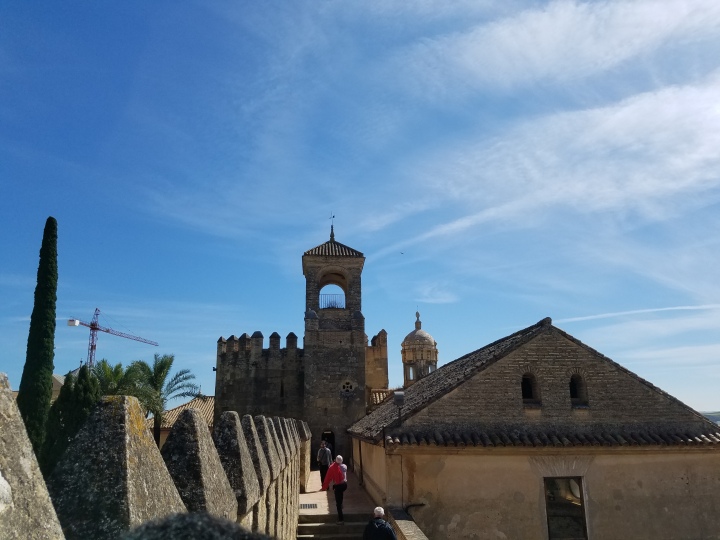 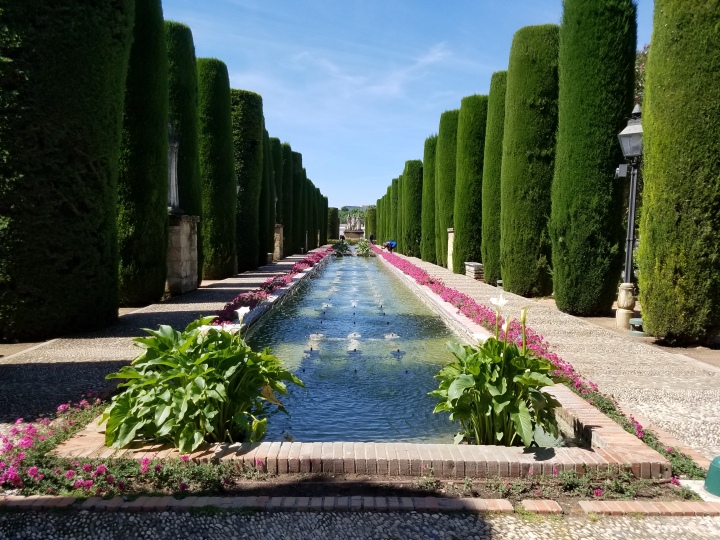 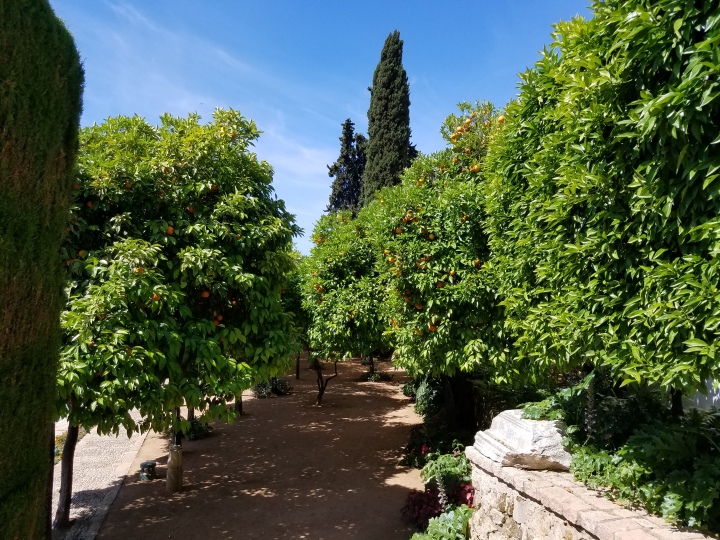 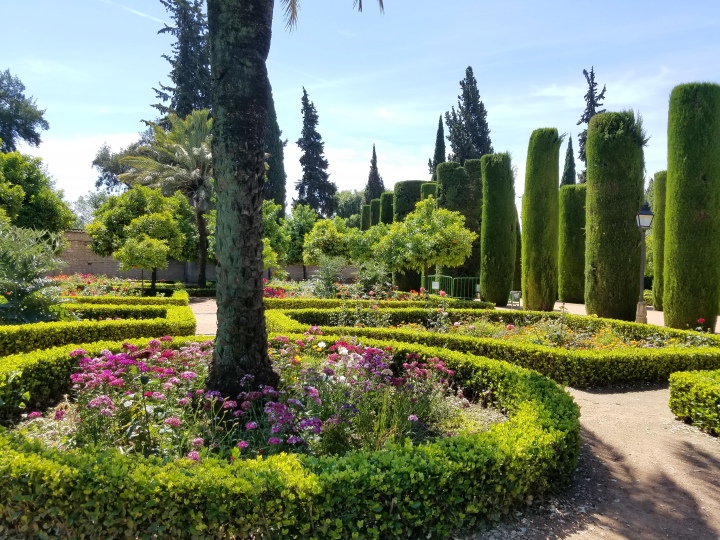 Afterwards, we  walked over to the Roman Bridge of Córdoba as it was right outside the Alcázar. Located in the historic centre of the city, the bridge was built in the 1st century. It’s a nice walk over the bridge and you can get a great view of the Mosque-Cathedral and the river. The best time to go visit the bridge is around dusk as the sun sets and the finals rays create a deep red glow. 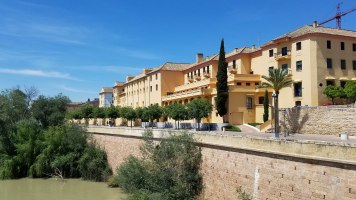 VIEW OF HOUSES FROM THE ROMAN BRIDGE

VIEW OF THE MOSQUE 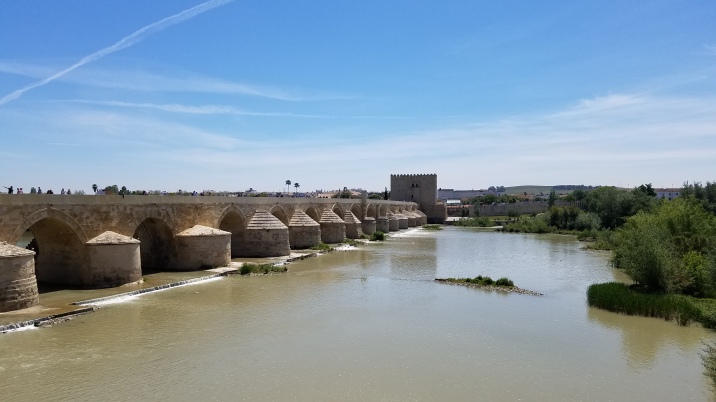 Andalucía, located in the south of the Iberian peninsula, was occupied, conquered and ruled by the Arab moors who crossed over from the Strait of Gibralter in the 8th century. While they were cast out at the end of the 15th century, their influences remain in the region. A prime example of these influences are the teahouses. We visited a Moroccan teahouse called Salón de Té for a short afternoon break. It’s a small, hidden tea room designed in the traditional style with cushions and low tables. We ordered a pot of their traditional mint tea with milk and some Moroccan sweets.

VIEW OF THE PATIO

Once we finished our tea break, we decided to wander around the city while we waited for the siesta to be over. As briefly mentioned previously, every spring Córdoba bursts into bloom in the beginning of May with La Fiesta de los Patios. Due to the hot climate, the traditional architecture of houses in Córdoba usually included an open courtyard. Historically the patios have long been the center of family life, providing the homes with light, air, and a cool reprieve from the harsh sun. As local tradition goes, the courtyards were decorated with flowers and plants with wells and fountains scattered throughout the courtyards. The one additional character of Cordoba’s courtyards is that they are a remnant of the city’s Islamic occupation. While the courtyards are available for viewing the morning, they are generally closed between 14:00 to 18:00 for seista. So until the courtyards were re-opened, we roamed the streets of the small city, one of the more popular and touristy ones being Calleja de las Flores.

As soon as the clock hit 18:00, we hit up the first of many houses to see these famous courtyards. While there are both modern and traditional courtyards in this competition (there are two separate categories), we decided to stick with the traditional ones. There are no tickets so if anyone is claiming that they have tickets to sell to view the courtyards, just ignore them. One important thing to note: Please be respectful and be as quiet as possible – no loud chatter or noises. The homeowners are also very kind and are more than willing to answer any enquiries of the flowers, the process, the patios – whichever you prefer.

We spent about two hours visiting from courtyard to courtyard and decided to take an earlier train back to Sevilla to grab dinner there since we did have to take another early train to head out to Granada.