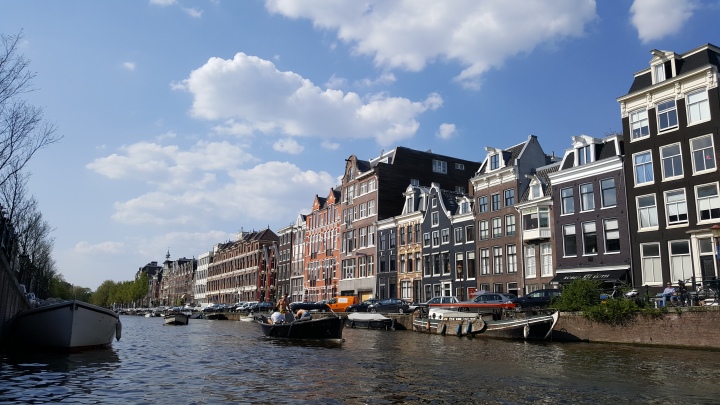 My trip to Holland is ending and my friend Sam pretty much jam-packed it with the best things: taking me on another boat ride in The Waverly, eating brunch at Staring at Jacob’s, going to the rooftop bar at SkyLounge Amsterdam for last drinks watching the sun set over the city, and seeing a live sex show in the Red Light District! Like I said – pretty packed. 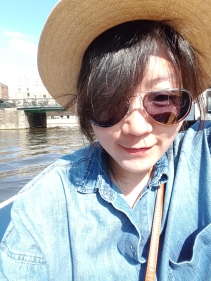 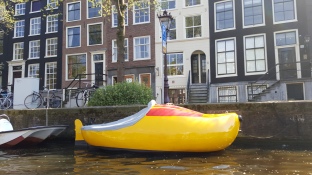 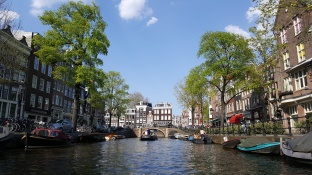 I honestly think that if Copenhagen weren’t my dream city, Amsterdam came in as a close second. It’s such an interesting city with the construction of its canals, the architecture, the fact that there are literally more bicycles than there are people – it’s really just amazing! I was really so grateful to Sam for hosting me for an entire week and taking me around her city.

So during my stay there, fried chicken was a recurring theme. So, of course, our final brunch was at a cute restaurant called Staring at Jacob. I did order two entrees for myself because I wanted both a sweet and savory dish. And yes, I did eat them all. You can find the menu for brunch here. Don’t forget to order their fried chicken! 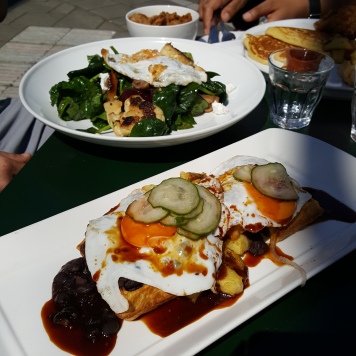 BRUNCH AT STARING AT JACOB

Another place on my list for Amsterdam was the SkyLounge Amsterdam, which is located on the top floor of the DoubleTree hotel by Hilton Amsterdam Centraal. It’s the perfect place to watch the sun set over the city and enjoying awesome drinks and food. You can see the menu for the rooftop bar here. It’s best to arrive there closer to 17:00 so that you are able to get a table.

DRINKS AT THE ROOFTOP BAR

DID YOU KNOW?
If you’re part of a stag/hen party and your entire party dresses up (eg. Oompa Loompas), you can access the live sex show free of charge!

My final act of the night was to check out the Red Light District! Sam actually ended up taking me to Casa Rosso, one of the main live sex shows in the Red Light District. It was an interesting process – they have several houses on the street and you just enter whichever number is on your ticket. The ticket allows you access for about one hour but no one actively checks to see how long you’ve been there. The acts do get repetitive after an hour though so people usually do leave around that mark.

I was actually surprised by the show. I initially expected it to be some dingy, old place filled with perverted, old men jacking off for an hour but these shows are actually tailored more towards tourists. There were stag and hen parties present, some of which were dressed up in themes, and groups of friends and even some couples! They made it quite entertaining so I would actually recommend everyone to go just once, as a novelty like I did.

I really had an amazing time exploring Holland – especially Amsterdam! I hope to come back soon since I made some amazing friends while I was over there! 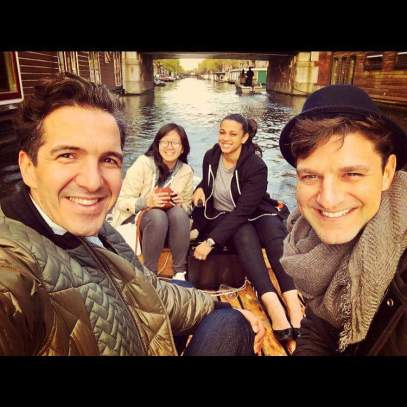 Glad to be back home in NYC but miss sharing desserts like this yuzu créme kumquat jelly in the backyard with the fam...! Only been two days but I guess I'm already a bit homesick 🥲 Doesn't help that I didn't get to spend time with my friends or do anything outside my work and the house...
Obsessed with this wagyu chirashi-don from @kinkanla! Last time we got to try a little bit from the 3-layer bento but this time I got my own so I wouldn't have to share!😂🐷
Negitoro-don from @kinkanla! The uni is so silky and the negitoro so fatty - both qualities that make this such a perfect meal! 😍 And as always, presentation and packaging are A+! 🍱❤
Our last cave was the easiest one to find (I still did get us lost but this time it was only once! 🥲) but definitely the scariest for me by far...! I am actually terrified of heights and the cave itself was quite slippery at parts so getting this shot took so much courage for me!😱😂
Our second cave hike in Sedona - I got us lost twice trying to find this one too! 🥲 The trickiest part is that locals also put cairns in random off-trails to throw people off. We eventually found the cave and climbed up the crevice. This one was probably the hardest hike we've done in Sedona mostly because of the mountains we climbed when we got lost!😂
Hunting for our first cave in Sedona! I got us lost twice finding this cave because I have a terrible sense of direction...🥲 But we eventually found it! It's an amazing vortex that used to be utilised for sacred, spiritual ceremonies (might still be!) and is really great for meditation and healing.
I finally made it to Devil's Bridge this time around in Sedona! We couldn't squeeze it into our trip six years ago so I was stoked to be able to go this time! Luckily we went early enough in the day so we didn't have to queue up for photos - in the afternoons, people wait up to two hours! 🙈
This vista point was one of my favorites throughout this part of the trip (I think we checked out about eight of them)! Can you guys see the river?