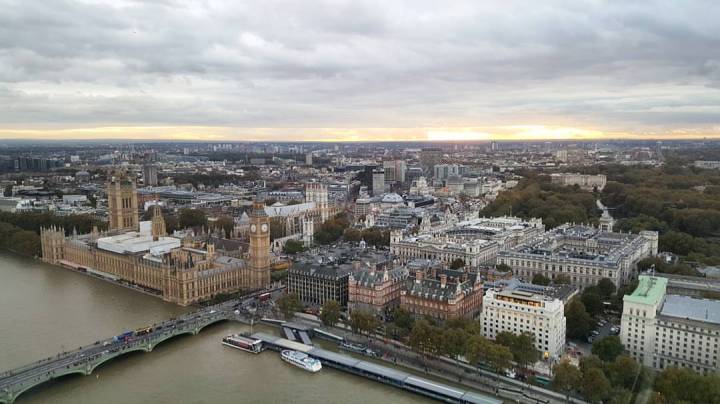 We took the evening flight out of JFK to London so as soon as we arrived to Heathrow Airport, we went straight to our Airbnb to drop our things off and get food. Just for convenience’s sake, we bought roundtrip tickets for the Heathrow Express (which is an Express train that goes between Heathrow Airport and Paddington Station). It’s definitely not the cheapest option but we were staying in Balham, which also wasn’t the closest to the airport so we just purchased tickets from one of the ticket agents.

From Paddington Station, there are several options to getting around London. The most common and efficient way to commute is the Tube (London Underground). If you plan on using the Tube frequently, it’s best to have an Oyster Card (smartcard).

OYSTER CARD:
Visitor Oyster Card Price: £5 (activation fee)
Note: The credit on your card never expires – it stays there until you use it
You can purchase Visitor Oyster Cards online here or from a ticket machine at any station to avoid postage fees

Fares are cheaper when you use the Oyster Card (paying as you go) and it’s easier to top up rather than having to purchase Single Journey tickets. You must tap in and tap out when entering and exiting the Tube since that’s how the Zones are calculated.

We were staying in Balham during our time in London. The nightly rate was reasonable but unfortunately, we were there the second-half of October and were unable to get decent hot water for our showers. The house itself is really cute and close to the Balham tube station but the issue of hot water was not the best experience. I have still disclosed the details of our Airbnb below but I would only recommend it if they fixed that particular issue.

As soon as we dropped our things off at our Airbnb, we went promptly straight to Borough Market by the infamous London Bridge for some food. There were so many options since there were plenty of open markets and vendors. I ended up getting some fresh pasta but the highlight of the meal was the Scotch egg at Scotchtails. For those who don’t know what a Scotch egg is, it is a hard-boiled egg wrapped in sausage meat, coated in bread crumbs and deep-fried. The ones sold at Scotchtails are probably considered more of an artisanal Scotch egg because they serve a Scotch egg of the day (along with their traditional pork); I highly recommend it though because it was really delicious! The Scotch egg of the day was pork and herbs and it was perfectly cooked the way I like (the yolk wasn’t hard-boiled). Both their traditional and Scotch of the day are £4.50. Their menu can be found here.

After our lunch, we went to Southwark Cathedral, which is right by Borough Market and is the oldest Gothic church in England. They ask that you donate £1 if you plan on taking photos inside the church. There is also a small but lovely courtyard that you can walk around in.

I just love the old architecture of London – it really is like nothing I’ve ever seen and nothing in the States is remotely close to this. Right across the street from the Cathedral was a building with bright red doors that I couldn’t resist photographing.

From the Cathedral, we made our way over to Shakespeare’s Globe, a reconstruction of the Globe Theater since the original Elizabethan playhouse burned down. I’ve read Shakespearean plays since I was ten years old and my fifth grade teacher had an afterschool program where the students were called the Hobart Shakespeareans. Needless to say, this was definitely on my list of must-sees in London. It’s an active theater so you can purchase tickets to view plays and see exhibitions here.

Once we left the London Eye, one of my good friends from university recommended that I have dinner at a steakhouse called Hawksmoor Spitalfields. It’s a highly recommended steakhouse in Shoreditch and they’re known for their Sunday roast as well. The menu can be found here. You should make reservations in advance – we were lucky that they had space at the bar and were allowed to order food. The restaurant was pretty much packed throughout the entire evening. We ordered their Porterhouse, the Yorkshire pudding, scallops, and our bartender convinced me to order the sticky toffee pudding (and eventually comped it at the end of the night). 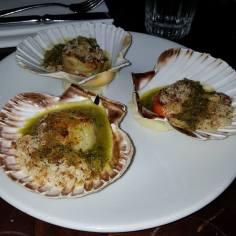 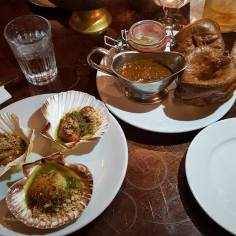 One of my friends on the trip and I also ended up getting free drinks from a British man – he wanted to use one of the extra stools next to us and I jokingly said that it would cost him £20. He commented that the the fee was pretty high but my friend chimed in saying that it’s pretty similar to the price of a drink so he bought two Old-fashioneds for us! What a great ending to our first night in London!

OTHER TIPS AND RECOMMENDATIONS