We woke up early for breakfast – there’s a buffet bar that you can grab yoghurt and fruits but you also can order freshly-prepared hot dishes from a menu. I highly recommend their full English and mushrooms on sourdough bread.

After breakfast, we took one of the local buses (tickets are only £2-3) to Penrith to hike in Aira Force. One thing I learned in terms of terminology is that “force” means “waterfall” and “fells” means “mountain”. Aira Force is a popular hiking spot since it’s a fairly easy trail (I’d rank it between easy and moderate). Getting there was a little tricky – apparently depending on the season, the bus timetables change. On the day we went to Aira Force, the bus we took was only running twice that day going to Penrith from Keswick and coming back. If we missed the return bus, we were going to have to find another way back. 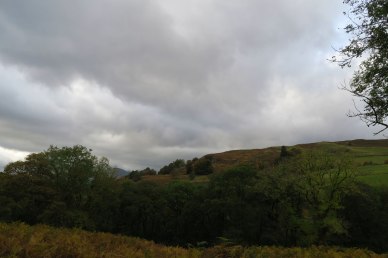 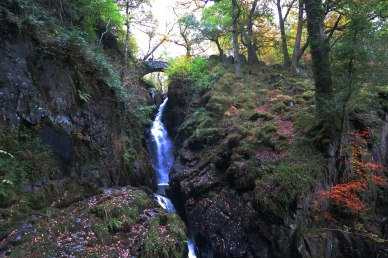 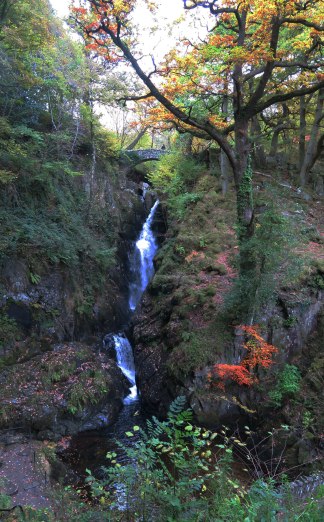 The hike to Aira Force was pretty straightforward – the trail is easy to see and well-marked. I just love the autumnal colors of the leaves framing the falls – it was a little risky travelling throughout England in the fall due to the weather but I am so glad that I did! Thankfully, the hike wasn’t too crowded with people so it was easy to walk through and I was able to take photos without too many strangers in them. The hike took us about 1.5 hours total so it was a decent morning. We went back to the starting point where there was a cafe and got some cream tea while we waited for the bus. Cream tea is basically tea with scones and clotted cream. The one thing about having cream tea or scones in England is that you are always served Cornish clotted cream. I have no idea why it’s so delicious but it’s super addicting – I definitely lathered my scone with all the cream that was available! By the way, I put the cream on first and then the jam – what about you?

Once we finished our cream tea, we went back to the bus stop – we didn’t see the bus and it didn’t seem like it was going to come by for another hour according to the timetable that we had so we walked to Ullswater, which is the second-largest lake in the Lake District. It was raining so the port was closed and the steamers were shut down for the day but we decided to walk around with our umbrellas and managed to take an amazing photo where there was a small ray of sunlight shining on a patch of greenery in the background. It was seriously a storybook moment.

We finally managed to catch the bus to take us back to Keswick – that was also pretty stressful. I definitely advise renting a car if you decide to stay in the Lake District. I had no idea buses would be so unreliable and infrequent! When we got to Keswick, we walked to the city centre to grab some cider and dinner to stay warm since it was pretty much raining for the rest of the day after we finished our hike. We were pretty lucky to avoid the rain during our trip considering all I’ve ever known about the UK was that it rained all the time.

There were a few other hikes that I had wanted to do in the Lake District, namely Loughrigg Fell. That particular hike is supposed to have a superb vantage point for the surrounding fells and from the photos I’ve seen, it looks incredible.

HIKES THAT WE MISSED BUT STILL ON THE LIST